He serves as Senior Pastor at Canaan Community Church in West Englewood and has taught elementary education and Arts in inner city Chicago for over a decade.  As a firm believer in investing in the community you grew up in, Jonathan has a deep desire to impress this virtue on the students and young people in his congregation, classroom and community.

Through various partnerships, such as a new church plant in the Woodlawn community (Woodlawn Community Church) and Canaan Community Redevelopment Corporation (CCRC), their not for profit community development company.  Canaan provides youth development, holistic health options, college scholarships, music lessons and continual support to the incarcerated and their families living in Englewood and other Chicago communities. 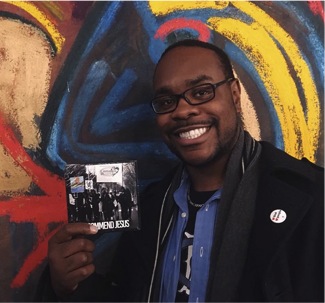 Pastah J is a sought after speaker, writer and artist.  Along with numerous blogs and articles he has contributed to two books "Banned Questions for Christians" by Christian Piatt and "Making Neighborhoods Whole" by John Perkins and Wayne Gordon. Canaan just released their debut gospel album called "Recommend Jesus" to be used as an avenue to share faith as an integral component in community transformation. Lastly, Pastah J has also recorded four hip-hop albums with the group Out-World and is currently working on his solo project titled "Can I Get an Amen".

Jonathan has a Bachelor of Architecture from Tuskegee University, Master of Arts in Teaching from National Louis University and Master of Divinity from Northern Seminary in Christian Community Development. He hopes to merge his academic knowledge, practical tools and ministry training in order to turn his convictions into tangible solutions which will help change the Greater Englewood neighborhood for future generations.

Jonathan and his wife, Micheal, have two beautiful girls, Jasmine and Jade, and reside in  West Englewood just a few blocks away from the church campus.